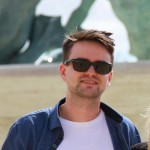 Originally from Vancouver, Canada, Alex is a writer and trader living in Prague. He likes economics, anthropology, and cactuses.

In an effort to stem economic damage from the coronavirus pandemic, the Czech government has spent more than 100 billion Kč on various forms of stimulus, with at least 170 billion Kč more to come. Alena Schillerová, minister of finance for ANO, said on Sunday: “Just in direct support alone, we’ve taken 270 billion Kč worth of stimulus measures, which is already being distributed. Our goal is to implement all our relief programs in the shortest possible time.” The anti-covid-19 measures come amid a massive drop in tax revenues, causing a widening of budget deficits across the board. The government has paid at least 13.3 billion Kč in compensation to self-employed people, additional 6.8 billion Kč was paid from local END_OF_DOCUMENT_TOKEN_TO_BE_REPLACED

On Thursday, Slovakia’s National Crime Agency (NAKA) raided the homes of several of the country’s top former police officials and brought them in for questioning on suspicion of working with organized crime groups, Novinky.cz reports. According to Slovakia’s Markíza TV, among those detained were Tibor Gašpar, former police chief, Peter Hraško, former director of the National Criminal Agency (NAKA), Róbert Krajmer, former head of the anti-corruption unit, and Bernard Slobodník, former head of police finance. The arrests make things worse for Jan Hamáček, minister of the interior for the Czech Republic, who has been heavily criticised for having a relationship with Gašpar despite widespread speculation on Gašpar’s integrity. The investigation, codenamed “Operation Purgatory” and rolled out by NAKA on Thursday END_OF_DOCUMENT_TOKEN_TO_BE_REPLACED

Following the abolition of the super-gross wage, political parties ANO and SPD have formed a coalition to replace it with a 15 % income tax to everyone earning under 137,000 Kč a month, and 23% to those earning more than that. Opposing parties argue that the income tax won’t be big enough to keep the government within its annual budget, especially since it’s not being offset by any new taxes or revenue sources. Miroslav Kalousek, former minister of finance and former leader of the TOP 09 party, said that “If Andrej Babiš’s amendment is approved, our budget is going to be a complete write-off.” President Miloš Zeman had his own reservations about the amendment, placing a 2-year limit on it END_OF_DOCUMENT_TOKEN_TO_BE_REPLACED

In the first few days of November, the Czech Republic saw a significant slowing in the growth rate of COVID-19 cases. On Monday, November 2nd, there were 9,241 COVID-19 cases recorded, more than a thousand less than the week before. However, Czech health minister Jan Blatny said in a statement on Monday that the country has to wait for more data to come in before any celebrations are in order. “I’m still cautious with our evaluation because we can’t assume that the weekend’s numbers are final. Monday and Tuesday could end up surprising us, so I would not take these numbers too seriously.” Blatny also said that he was working on preparing a new, more coherent system for the loosening END_OF_DOCUMENT_TOKEN_TO_BE_REPLACED

Prince Karel Schwarzenberg, former foreign minister and chancellor under Vaclav Havel, has come out and said that Central European states’ unwillingness to go along with EU migration quotas is “unfair and inhumane.” In an interview with Belgian newspaper New Europe, Schwarzenberg said that when it comes to accepting migrants, “the Czech Republic should behave like a normal EU country.” “But, unfortunately, Babis, Orban and (Mateusz) Morawiecki (Poland’s Prime Minister) are very successful amongst the voters with their populist migration policy” Schwarzenberg, the current head of the House Of Schwarzenberg dynasty, is also disappointed in Austrian president Sebastien Kurz’s decision to quit accepting more migrants. “Unfortunately, the Austrian government has also decided to share the view of the Visegrad countries… Of END_OF_DOCUMENT_TOKEN_TO_BE_REPLACED

Police in riot gear were forced to subdue roughly 400 rioting jailbirds at Bělušice Prison near Most over the weekend. According to the prison, the riots were triggered by the inmates’ anxiety over the coronavirus; Recently an inmate tested positive for COVID-19 who is currently in quarantine. Then, a rumour spread amongst the inmates that prisoners were being released from another prison in Moravia because of coronavirus, causing the Bělušice inmates to rise up in envy. The first riot broke out on Friday and was eventually tamed, but then 200 other prisoners joined them on Saturday, forcing the police to intervene. A spokeswoman for the prison said that the inmates’ concerns about their safety are unreasonable given that there’s only END_OF_DOCUMENT_TOKEN_TO_BE_REPLACED