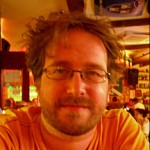 Sequels often tend to go for bigger, faster, more. So what should we expect from 2Grapes (no, I don’t get the nonsense title either), the sequel to the mild romantic comedy hit Grapes? I got to thinking about how the original film had at least three scenes that hinged on the explosive properties of burčák (young wine). So if we follow the bigger, faster, more model, what could be in store? Honza (Kryštof Hádek) returning to his criminal ways and using bottles of burčák to blow open a bank vault? Or perhaps converting his granddad’s battered old Citroen 2CV into a time machine, and using burčák to propel it to the required 142kmh to send it through time and space? END_OF_DOCUMENT_TOKEN_TO_BE_REPLACED

When people find out that I write about Czech movies, one of the questions they sometimes ask is: why are so many Czech films about the Communist era? The example I always use is this: I’m from England, and such a large part of our national identity is defined by World War II, which lasted six years. Three iconic events from the conflict – Dunkirk, the Blitz, and the Battle of Britain – are still touchstones in our collective conscience and influence how we think of ourselves as a people. Even seventy-odd years later, nostalgia for the war played a part in the campaign to leave the European Union. And, of course, we’re still making successful movies about it. Czechoslovakia, END_OF_DOCUMENT_TOKEN_TO_BE_REPLACED

As sturdy and dependable as its rugged leading man, György Cserhalmi, Želary is a classy wartime romantic drama that scored an Academy Award nomination for Best Foreign Language Film in 2004. While the story suffers from over-familiarity, the film earns its emotional payoff thanks to strong performances by an excellent cast and thoughtful direction by Ondřej Trojan. The film opens in 1940s Nazi-occupied Prague as dapper surgeon Richard (Trojan) and his nurse/lover Eliška (Anna Geislerová) respond to an emergency call to save a seriously injured man. The patient requires an urgent transfusion and Eliška unquestioningly gives the much-needed blood. Richard and Eliška are also part of the resistance, and when her attempt to run a message to a contact falls END_OF_DOCUMENT_TOKEN_TO_BE_REPLACED

It’s been a funny kind of year so far, hasn’t it? Usually one of the things I love most about living in the Czech Republic is the slow build-up to summer, with the palpable sense of anticipation that grows during the spring months before the good weather really sets in. It’s been a different story in 2020 thanks to COVID-19, going into lockdown in early March and popping up again months later with summer already in full swing. Now we’re only a few weeks away from the start of burčák season, which means autumn is already on its way… This year also saw the release of 3Bobule, the third in the popular series of romantic comedies set among the vineyards END_OF_DOCUMENT_TOKEN_TO_BE_REPLACED

Like a struggling Hogwarts student about to flunk their final exam, F.A Brabec fails to conjure the requisite magic to transform Wild Flowers into something completely worth watching. Flashy visuals and a strong cast can’t disguise the fact that this is an extremely patchy anthology based on the ballads of Czech folklorist, Karel Jaromir Erben. Anthology movies are a tough proposition anyway, and are usually only as good as the strongest segment – a good case in point would be Twilight Zone: The Movie, where George Miller’s brilliant “Nightmare at 20,000 Feet” picked up the slack from deadweight stories directed by Steven Spielberg and Joe Dante. Usually, the weaker chapters of an anthology could be done away with altogether to END_OF_DOCUMENT_TOKEN_TO_BE_REPLACED

If you’re a regular follower of my Czech Film Review blog you’ll know that I have a long-standing beef with movies based on the works of Michael Viewegh. I hate them so much that I’m kind of addicted to them. Not only are they sexist, ageist and homophobic, they’re also just so damned mean-spirited, with a nihilistic attitude towards human relationships. Perhaps the subtleties of Viewegh’s writing don’t adapt well to the screen, but from the film adaptations Viewegh appears to hate all his characters, especially women. What makes him such a black-hearted misanthrope? It’s like a puzzle I need to solve. So I arrived at Those Wonderful Years That Sucked, based on Viewegh’s semi-autobiographical novel of the same name. END_OF_DOCUMENT_TOKEN_TO_BE_REPLACED

Kai-Ming Chow reviews Jan Němec’s film Diamonds of the Night (Démanty noci) released in 1964. Some insight into one of the films of old.Based on Arnošt Lustig’s novel Darkness Has No Shadow, Jan Němec’s first full-length feature, Diamonds of the Night, is a visceral experience that shouldn’t be missed. Right from the jump, the film hooks you with an incredible sequence that follows two young boys escaping a train heading towards a concentration camp. The whole scene is shot in one continuous take as the camera closes in to capture the desperation on their faces. By this point, it’s clear that the goal is to put the viewer in the state of mind of these characters as they struggle to END_OF_DOCUMENT_TOKEN_TO_BE_REPLACED

Later this year, Keanu Reeves and Alex Winter will appear in Bill & Ted Face the Music, almost thirty years after their last outing as the airheaded rockers, Wild Stallyns. Reeves can seemingly do no wrong these days but the omens and the trailer don’t look good. Alex Winter may have had a quiet couple of decades career-wise, but Reeves has become a cultural icon, the internet’s favourite celebrity nice guy, and has been kicking ass well into his fifties and making it look easy in the John Wick movies. So why does he need to give a belated victory lap as the character that helped make him a huge star? It rarely fares well… Take a look at Dumb END_OF_DOCUMENT_TOKEN_TO_BE_REPLACED