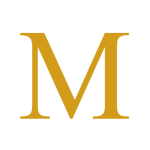 The Czech Republic's longest-standing portal for Czech News in English. Cited by the BBC and Sky News as your authority on local Czech news.

Note: During our site upgrade (DEC 2020), this account may be used as the author of an article temporarily while we have the appropriate syndication/author accounts created and update the articles accordingly.

Many expected the families living in the southern Moravian villages, that were struck by June’s tornado, to end up in massive debt. However, it seems like the contrary is true. Initial estimates expected 300 families to end up in such debt, that a seizure of property would be required. However, new field research performed by the non-profit organization People in Need shows that out of about 1000 affected families merely 20 families face such a fate after the natural catastrophe. These families cannot receive any financial aid from the government and from non-profits,  since they would instantly lose it to the debt collectors. On the other hand, they can be offered consultations on how to deal with their debt and END_OF_DOCUMENT_TOKEN_TO_BE_REPLACED

From today to Monday August 2nd, citizens from the Czech Republic won’t be able to apply for a new ID card if they need it. Due to a European Union normative, starting next week all the ID cards and passports have to have biometric data to enhance their cybersecurity. This implementation aims to make these documents safer to avoid potential counterfeiting and thefts. “The identity card will now be safer and we will still be able to travel around Europe without having to carry a passport. I recommend citizens to check the validity of their documents to avoid inconveniences, for example when going on vacation” stated the Interior Minister Jan Hamáček (ČSSD). August will bring Czechs a new card that END_OF_DOCUMENT_TOKEN_TO_BE_REPLACED

Silver and Gold. It was a dream come true for two Czechs sport shooters, who have competed in Men’s trap for a long time. These two friends, connected by their passion for the sport, always dreamed of sharing a podium together in a big event. And what better event to do it in that the Olympics. This moment was even improved by the fact that the competition has a new system. During the final round, the shooter who hit the least targets during a given amount of opportunities has to step out of the competition, so in the end, all the other competitors had to take a step back and watch the two Czechs take their competition to a final END_OF_DOCUMENT_TOKEN_TO_BE_REPLACED

On Wednesday, a drunk man armed with a knife threatened the local staff and patients. According to witnesses, the man was waving a 20cm blade and threatened to kill one member of the polyclinic’s security staff, after they tried to detain the aggressor. In the end, the perpetrator was detained by the police who measured his blood alcohol levels. After a value of 2 per mille was measured, the police decided to escort the armed man of old age to a specialized facility that is designed to detain individuals with high levels of alcohol and other drugs. The aggressor will be kept there until he gets sober. Only then will he be questioned about the incident and potentially face criminal END_OF_DOCUMENT_TOKEN_TO_BE_REPLACED

“Ancient and Primeval Beech Forests of the Carpathians & Other Regions of Europe”. This is the latest addition to the UNESCO natural world heritage locations list. One of the locations covered with this umbrella-term inscription lies in the Czech Republic. It is the “Jizerskohorské bučiny”, a beech forest located in northern Czechia. While Czech Republic is certainly not new to UNESCO’s list, the addition of this forest to the natural world heritage list marks the first mention of the Czech Republic in UNESCO’s natural section. The Czech Minister of the Environment Richard Brabec has proclaimed that this news makes the Czech Republic “A part of the heritage of all of mankind”. Furthermore, he shared that he believes that the addition END_OF_DOCUMENT_TOKEN_TO_BE_REPLACED

Lately, some would even go as far as to suggest that there is an overflow of statistics and data about Covid-19, but thanks to the Mobilní Rozhlas tool, it is now possible to find specific data about any location in the country. Thanks to the artificial intelligence developed by the Mama AI company, it is now possible to obtain data from 1743 local governments with daily updates. Whether you live inside or outside the Czech Republic, the app allows you to search for the local government of your choice and see how the statistics evolve on a daily basis. This covid report takes both the data collected from the local government itself, as well as data collected from the surrounding END_OF_DOCUMENT_TOKEN_TO_BE_REPLACED

The C295 CASA is a Spanish-made military transport and surveillance aircraft that has been used by countless European armies, including the Czech one. The Czech Army has been using this type of aircraft for more than ten years, with one continuously deployed since 2013 in a surveillance mission over the Sinai Peninsula. Since these machines proved reliable, the Czech Army has decided to order two more of them. The two new planes were ordered with state of the art equipment and an upgrade for the already owned fleet of four CASA’s was ordered too. Now, the Czech Military accepted the second new plane and landed it in Kbely yesterday. This plane cost the taxpayers 2.3 billion crowns, but it will END_OF_DOCUMENT_TOKEN_TO_BE_REPLACED

We are a group of young queer activists. We are creating an inclusive, feminist, green, and above all else, a queer platform. Join us on Saturday 7th of August for Reclaim Pride – March for Equality! Reclaim Pride was first founded in NYC, as a movement of LGBTQI+ groups and activists. Following the intention to reclaim the Pride Marches as protests, and not parties for cis gay and lesbians, they created the first Reclaim Pride, an inclusive march for all queers. They managed to make it an anticapitalist safe-space for everyone, reminding themselves of the 50th Stonewall Riots anniversary, which gave birth to the first ever Pride Parade. We have many reasons – their audacity of still using the non-inclusive END_OF_DOCUMENT_TOKEN_TO_BE_REPLACED

Until this Friday, the current government restrictions make it illegal to not wear a respirator inside buildings and in public transport. This Tuesday, this government decision was overruled by the Czech Supreme Administrative Court. In its press report on the decision, the court described that the implementation of this set of restrictions was not sufficiently justified. Especially the fact that wearing respirators is mandatory for everyone, regardless of their health status. The court gave the government 3 days to generate a response to the ruling. However, it warned that this is the last time the current government will get such forgiving treatment. According to the Czech Supreme Administrative Court, its decisions are being systematically ignored by the government. This is END_OF_DOCUMENT_TOKEN_TO_BE_REPLACED

Please wait. We are processing payment.

Failed! We couldn't process the payment!